Home About us
Our Books
Snippets

It is worth recounting the long and complicated story of how the Eddas came to have the names they bear today and analysing the similarities and differences between them. The author of the Prose Edda is known: Snorri Sturluson (1179-1241), an Icelandic poet and historian, who penned the volume he called Edda sometime around the year 1220. The source for this information is the first page of the Codex Upsaliensis, which offers the following identification:

This book is called Edda. It was compiled by Snorri Sturluson, as follows: first [it tells] about the Æsir and Ymir, followed by a section on poetry and the names of many things. Finally [comes] the Háttatal, written by Snorri himself regarding King Hákon and Duke Skúli.

Snorri planned his Edda as a textbook, one that would familiarise readers with the various elements of Icelandic poetry to support them in their reading and interpretation of skáldic literature.
To accomplish this, Snorri quoted vast swaths of verse, many of them taken from previously circulated skáldic works, but also including passages unknown even to Snorri’s contemporaries. It came to be presumed, therefore, that Snorri had had one or more sources available to him that had since been lost. In particular, it was assumed that Snorri’s Edda, which was well-known in Iceland, must have had an antecedent, from which certain verses had been taken, hence the alternate titles for two Eddas: the Younger Edda for Snorri’s textbook, and the Elder Edda for the work presumed lost.

All this changed following the discovery of a volume scholars now refer to as the Konungsbók (better known by its Latin name, Codex Regius), a tome of poetry written or collected sometime between 1260 and 1280 by a person (or persons) whose identity has never come to light. The manuscript – which has no distinguishing title page and thus offers no name for itself – emerged from obscurity only in 1643, when it came into the possession of Brynjólfur Sveinsson, Bishop of Skálholt. The Bishop presented the manuscript to the Danish king, whose ownership earned it its present title: the Konungsbók, or King’s Book. In this way, the volume came to reside in the Copenhagen royal library, where it remained until 1971, when it was ceremoniously returned to Iceland.
Though the Codex Regius was put to paper – or more properly, to vellum [1] – later than Snorri’s Edda, the undated poems it preserves are presumed, based on their content, to be much older than the book itself. At the time it was written, Iceland had been a Christian land for over two centuries, a circumstance reflected in the prosaic commentary injected into the work in numerous places and the Christian influence felt behind many of its passages. The original poetry it contains, however, is easily recognisable for its style, content, and word usage.

The Konungsbók is the best-known and oldest manuscript to contain a portion of what is now known as the Poetic Edda, a volume that constitutes not a clearly defined, independent work, but a collection of individual poems. Though there is no agreement as to which items the Poetic Edda should rightly include, most scholars, deferring to the material of the Konungsbók, have ascribed to it a total of ten songs pertaining to the gods and twenty poems recounting the deeds of mythical heroes. The songs of the Poetic Edda include some (e.g. Hárbarðsljóð) that offer complete, well-developed stories, a number that leave off abruptly (Rígsþula), and a few constituting incomprehensible fragments (Hrafnagaldr Óðins).
At the same time, other, later manuscripts include poems that, though not found in the Konungsbók, are nonetheless a natural fit for the Poetic Edda’s style and content. In our work we have counted the Svipdagsmál as two separate poems among the eighteen songs of the gods [2]. What is beyond question, however, is that all texts included in the work must take the form of poetry, rather than prose, in keeping with the volume’s title. 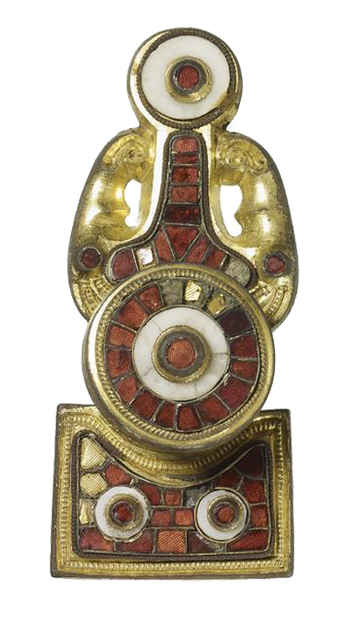 Originally, Bishop Sveinsson believed the Konungsbók to have been compiled by Icelandic priest and scholar Sæmundur Sigfússon and so referred to it as Saemundar (or Saemund’s) Edda, a title that both distinguished it from Snorri’s work, and suggested a connection. By the time his error was discovered, the name had stuck. Later, the word Prose was appended to Snorri’s Edda, and the two works were set apart once and for all. To summarise: the Elder Edda or Poetic Edda is a collection poems of unspecified number and unknown authorship, originally known as Sæmund’s Edda; the Prose Edda or Snorra Edda is a later textbook authored by Snorri Sturluson. Apart from their similar names, confusion between the two arises in that Snorri uses excerpts from the Poetic Edda in numerous parts of the Prose Edda as linguistic illustrations.

[1] Parchment, made of untanned animal hide (generally calf- or lambskin), was a writing material used during the Middle Ages in the production of both written, and printed works. Vellum is parchment made specifically from calfskin.

[2]The Ballad of Svipdag consists of two clearly distinguishable parts. In the first, known as the Gróagaldr (Song of Gróa), Svipdag prepares for a journey. In the second, the Fjölsvinnsmál (Sayings of Fjölsviðr), named for the guardian at the gate who features in it, he reaches his destination and reveals his identity.
Neither of the poems is found in the Konungsbók, their first appearance being attributed to the 17th-century manuscript from which all other extant versions derive.
The Gróagaldr and Fjölsvinnsmál were regarded as two separate songs until as late as the 19th century, when their relationship within the Poetic Edda was discovered.